As december closed, we welcomed a new year. 2017...  Let us hope for a good year all around with some great daylily weather! Its been almost a month since the pots have been pulled in.  Some hard dormants have still refused to really wake up much... But everything else has begun to grow.

I am still keeping the average temperature at around 52 degrees, we just had a cold snap that brought our overnight lows into the single digits for a few days.  My propane usage hasn't been out of hand, which is good. As long as the temperature differential between ambient outside and within the greenhouse doesnt exceed 40 degrees the heater doesnt run very frequently.

At the top end of the differential, It will run constantly.

We are coming into a stretch of good weather with day time highs in the 40's overnights in the high 20's low 30's. I might take this opportunity to bring the average temperature up to 56. I know it seems like small potatoes, but the end goal is 65-70 at the end of february.

Well Here are some pictures of how everything is getting along so far, Enjoy! 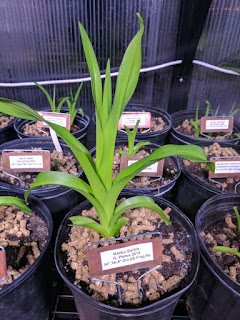 Malibu barbie is a growing standout so far in the bunch. 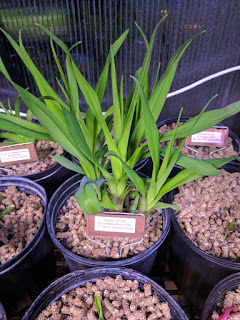 Oddly enough, Dormant "magic of oz" Is the largest plant in the Greenhouse right now. 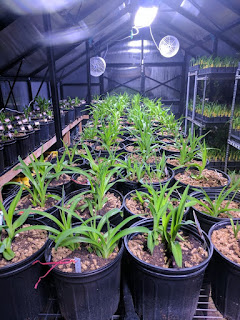 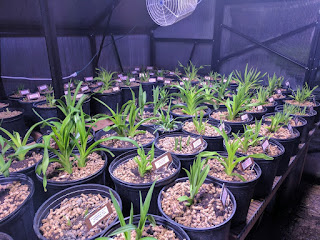